Peter J. Whalen, Principle
Mr. Whalen holds both a Bachelor of Science Degree in Physical Therapy and a Masters Degree in Hospital Management from Washington University in St. Louis. He has also completed the Yale School of Organization & Management Executive Leadership curriculum. He has over 30 years of experience in health care delivery in every facet of the health care sector in both the public and private sectors. Mr. Whalen served in the United States Public Health Service, within its Hospitals & Clinics Division, where he served in various positions and postings throughout the System rising to the rank of Lieutenant Commander. Mr. Whalen is also a Vietnam combat veteran.

A few of his career highlights include: overseeing the screening, testing and examination of thousands of Indo-Chinese refugees arriving on the West Coast who were fleeing the pogroms occurring in their respective countries in the early eighties, serving in the capacity of Chief Operating Officer of the Medical Center of Baltimore, an interim organization and management structure established to transition Baltimore City Hospitals 638 bed teaching facility from a municipal-owned health care system to its current status as Bay Harbor Regional Hospital, a wholly owned subsidiary of the Johns Hopkins Health Care System,  serving as the President & CEO of Behavioral Health Management, a wholly owned subsidiary of Voluntary Hospitals of America, one of the largest Not-For-Profit Health Care Systems in the Country and finally, serving as a senior business development strategist in the overall merger and acquisition plan of a small venture funded medical management information company that was ultimately scaled into McKesson Health Care Solutions, a wholly owned subsidiary of the pharmaceutical giant, McKesson Pharmaceuticals.

Sandra McDonald
BPG Director of Operations
Ms. Sandra McDonald joined Best Practices Group (BPG) as its Director of Operations in 2017. She is retired from the U.S. Air Force where she served with distinction and at ever increasing grade and rank rising to her retirement rank of Technical Sergeant in Logistics. Ms. McDonald transitioned to civilian life by applying her considerable talents in logistics to the medical field. She believed the medical field was a good fit for her considerable skill sets, experience and talents in logistics. She holds memberships in NCRA, AHIMA and CCPS.

Ms. McDonald began her Health Management Information Systems (HMIS) career in 2009 as a Certified Medical Administrative Assistant (CMA). In parallel with working as a CMA she pursued an associate’s degree in medical billing and coding graduating with honors in 2011. From 2011 through 2014 Sandy worked in the cancer registry department of the University Medical Center in Tucson, Arizona. True to her desire for continual professional growth she began to work toward her certification as a tumor registrar. Ms. McDonald received her CTR license in 2016.

In 2014 Ms. McDonald accepted a position with the Tucson Veterans Administration as its Director of Tumor Registry where she oversaw all operational aspects of the Tucson VAMC Tumor Registry. Her role and responsibilities included day-to-day case finding, abstracting and follow ups as well as ongoing responsibilities for CoC accreditation standards, tumor boards and cancer committee meetings. She was also responsible for developing total quality management and continuous quality improvement protocols for the Registry. 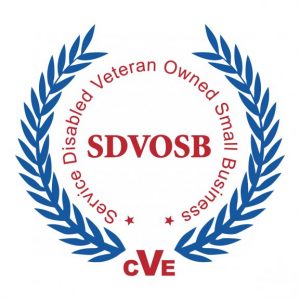